Our Climate Restoration Report Card for US Presidential Candidates 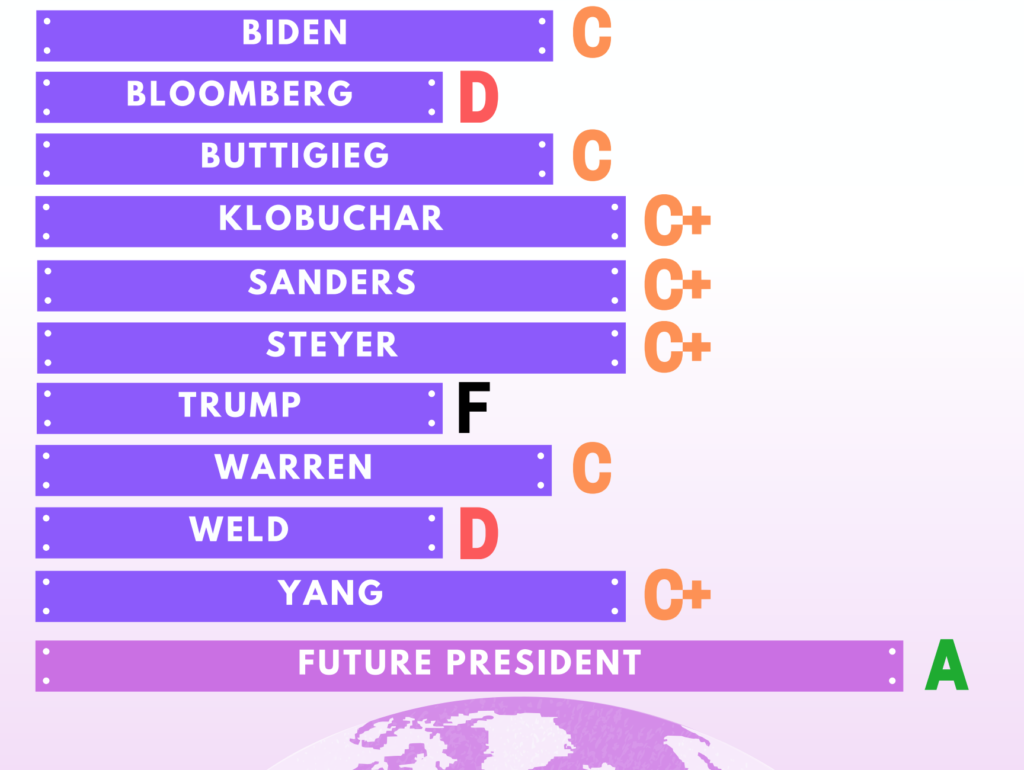 Now with fewer candidates, but still no one over a C+ grade, the report card shows a serious gap in our leaders’ leadership on the Climate Emergency. Read the full press release here and download V3 of our detailed report card here.

In releasing the report card, Dr. Paul Zeitz, Founder, Build A Movement 2020 said: “Democratic voters in Iowa and around the country should be alarmed by the lack of ambition to address climate change by the Presidential candidates — all are failing to respond adequately to our climate emergency. Climate Restoration Emergency Action (CREA) is affordable and achievable. Let’s join forces with all Americans and vigorously demand action to restore our climate.“

Overall grades on CREA report card for 2020 US Presidential Candidates

CREA is a bold, whole-of-government and global effort to catalyze a fast transition to a net-zero carbon economy by 2030, massive carbon dioxide removal, and climate restoration by 2050 — thereby ensuring the survival of humanity and our natural world.

The CREA Report Card goes beyond other report cards which focus only on switching from fossil fuels to renewables, and do not evaluate candidates’ commitments on reversing global warming and achieving climate restoration.

Build A Movement 2020 is a newly forming political movement that connects political parties, movements, coalitions, organizations, and individuals to solve the existential threats facing humanity.  This Report Card was co-produced with ClimateChangesEverything.org.