The newly powerful climate movement is just, compassionate, and restorative

When Felix and I attended the 30th annual Bioneers conference last month, we witnessed a microcosm of the world’s climate movement in transition. As an international hub for social and environmental innovators and healers, the conference reflected significant broader trends now spreading around the globe:

Since 1990, the Bioneers community has highlighted “breakthrough solutions for restoring people and planet”, often elevating the voices of those most harmed by our broken relationship with the Earth. Among the 2019 conference’s 3,000 total attendees were 600 youth, many of color, and 250 indigenous people. We all shared our perspectives and knowledge through speeches, performances, facilitation, and participation. I attended as one of 15 youth climate activists from Sunrise Movement’s Bay Area Hub, who Bioneers invited to lead sessions on strategic organizing. 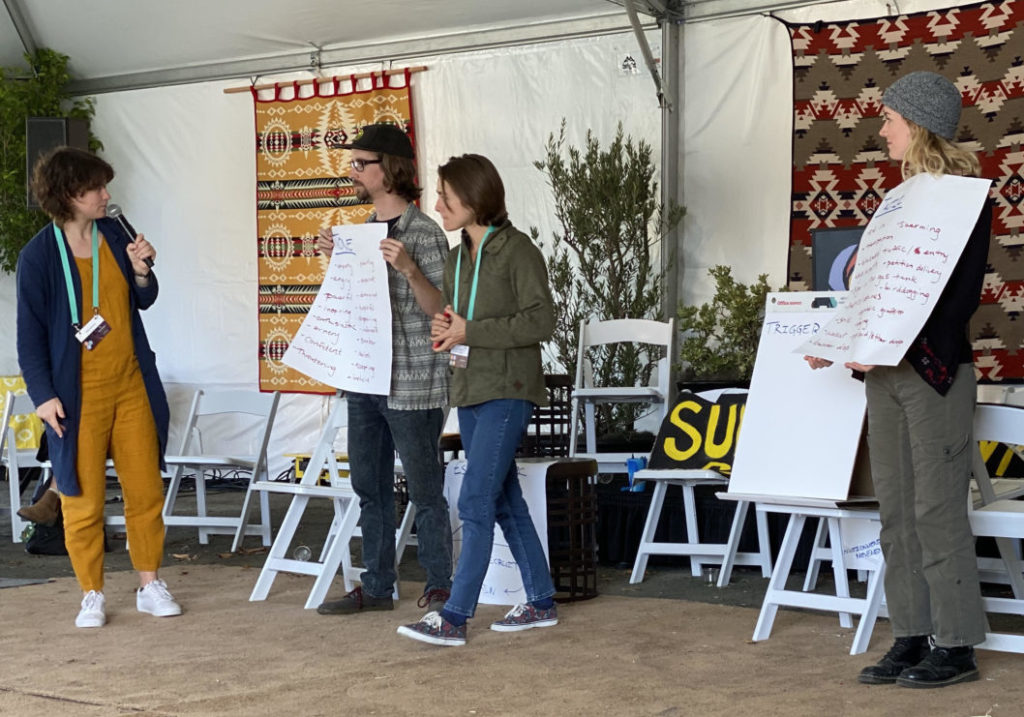 Many young people, inspired by the Green New Deal, call themselves #GenGND. They didn’t live through decades of frustration trying to wake society up on climate. They’re fed up with older generations’ inaction and moderate, insufficient approaches. Many of us won’t settle for anything less than a climate as safe as our grandparents had. Sunrise plans to recruit in every US high school and college for mass nonviolent noncompliance and general strikes across the country, leading up to the 2021 presidential inauguration. This strategy echoes the worldwide #FridaysForFuture school strikes and Extinction Rebellion’s nonviolent direct actions, bringing us local and national Citizens’ Assemblies on Climate and Ecological Justice.

Among Sunrise Bay Area’s partners are the youth of color climate activists at Youth vs. Apocalypse. At Bioneers, YvA founder Isha Clarke — an accomplished activist and high-school senior from Oakland, CA — gave an eloquent keynote speech, emphasizing intersectionality and empowerment of marginalized communities:

“Our work, and what should be the work of everyone, is to build movements where people on the front lines of injustice are leading the fight and pioneering new systems of being… The fight against climate change is the fight against all of the systems of oppression that fuel the climate crisis: white supremacy, racism, economic exploitation, greed, the list continues.” 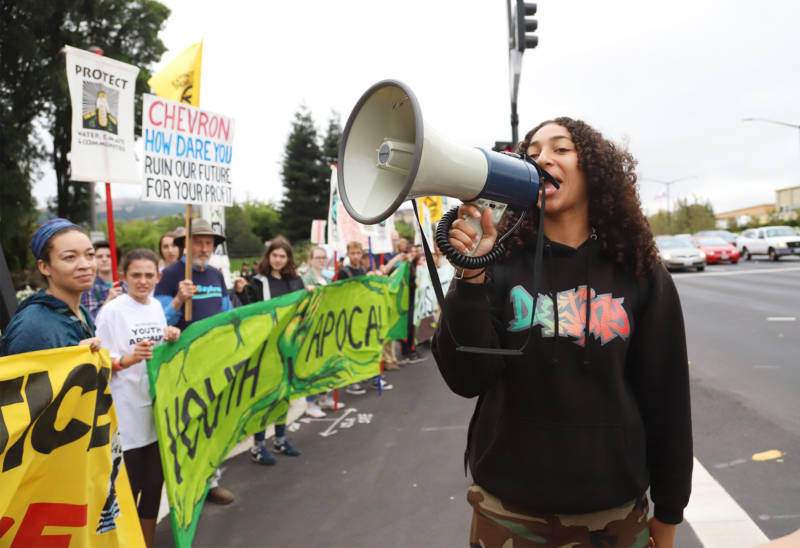 The Environmental Justice movement began decades ago, with people organizing to address vastly unequal distributions of environmental benefits and burdens. Notably, polluting industries tend to be located in low-income and non-white neighborhoods. Many of these communities are also feeling the first and worst impacts of the climate crisis, while they’ve done the least to cause it and are often least equipped to recover. They are now a guiding force in the US and global Climate Justice movement.

The face of today’s climate movement is young and diverse. Learning from mistakes of predecessors, it’s now acknowledging and amplifying Indigenous people — the original advocates for the rights of nature (the same as human rights in their culture).

Bioneers, like the wider environmental movement, is predominantly white, but has long spotlighted Indigenous wisdom. 2019 keynote speaker Casey Camp-Horinek, whose Ponca tribe is the first to put nature’s rights into statutory law, said she “didn’t even know this word called ‘activist’ and ‘environmentalist’ was something separate from what being a human entails…” Casey Camp-Horinek speaks at a protest as part of the May 2019 Frontline Oil and Gas conference in Ponca City, Oklahoma. (Photo: Movement Rights)

Indigenous people — who make up less than five percent of the global population — protect half of our planet’s endangered ecosystems, and over 80% of its biodiversity. They know the true measure of wealth is health. The rest of the world can continue to benefit from nature’s bounties if we are wise enough to emulate Indigenous values.

For many longtime climate action advocates, it feels like much of society is finally coming to grips with the magnitude of destruction humanity is wreaking on the planet. “The sacred pact that we made with the Earth Mother is beginning to be remembered,” as Casey Camp-Horinek put it.

Climate grief and anxiety: the genesis of climate action and hope

Millions of people are in the streets demanding an end to Business As Usual. Nine countries and 1200 cities have declared climate emergencies. Media and public discourse refer to climate change as it is: a crisis. The Oxford English Dictionary named “climate emergency” the word of 2019. US presidential candidates now must compete for the most ambitious plan to solve the climate crisis.

We’re seeing history being made before our eyes. But how did we get here?

At Bioneers, we asked ourselves: What does it mean for me to live and feel a climate emergency every day? Bioneers’ centering of those most affected helped us spiritually grapple with the harsh, exigent realities we face. As a community and in smaller conversations, we mourned all we’ve lost and all that’s still at stake.

We were grieving from deep wells of love, for each other and all life on Earth. We grounded ourselves in that reverence, compassion, and courage, to keep us forging ahead to the better world we know is possible and is right.

Bioneers really are prophets whose time has come. Felix and I found new wellsprings in the Indigenous leadership and nature-based approaches they’ve supported for decades. Bioneers was an incubator for Project Drawdown, whose message that we could actually reverse global warming has, since 2017, galvanized people everywhere to act beyond “mitigation” (just reducing emissions). 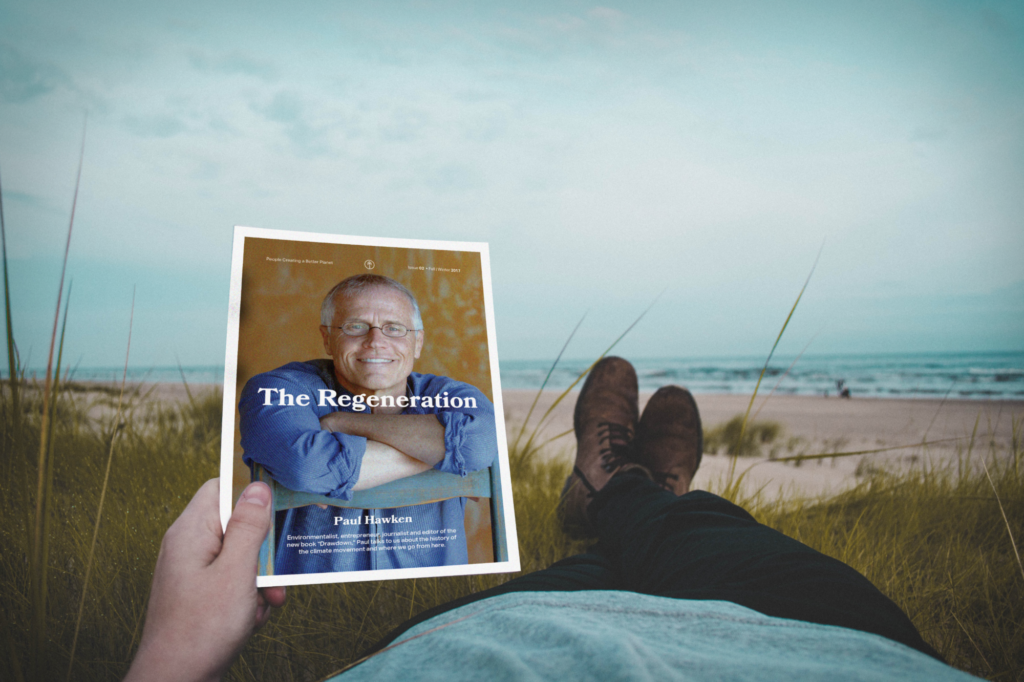 When Drawdown founder Paul Hawken spoke at the conference, he made us feel hopeful — or as he says, fearless — that by enlisting human creativity and ecologically regenerative practices, we can protect and restore our planet. He announced a new book and project, coming 2021: Regeneration: Ending the Climate Crisis in One Generation. He’s focusing on regenerative solutions to go well beyond Drawdown’s goal of starting to reverse global warming in 2050.

As proponents of climate restoration, Felix and I resonated with that ambition. Talking with Hawken and others, we described the goal to restore our climate in both technical and personal terms. Climate restorers seek to draw down a trillion tons of excess CO2 in our atmosphere, refreeze much of our rapidly-melting Arctic, and revitalize our dying ocean ecosystems. And we share with Drawdown and Indigenous people a more fundamental, intuitive message: restoring our climate is about restoring our planet’s interconnected, synergistic web of life that allows us all to thrive.

Our climate movement can unify the world through compassion, justice, and active hope

The climate and ecological crises coincide — and often intertwine — with rampant political corruption, extreme inequality, massive demographic shifts, and so many other threats to long- and short-term stability. This precariousness can be terrifying, and our survival instinct is to withdraw and insulate ourselves. Far-right nationalist movements weaponize unpredictability and insecurity, fueling callous and regressive “us vs. them” mentalities and policies around the world. Now more than ever, we have a window to counterpose to them an all-embracing narrative and a movement for triumphant liberation. 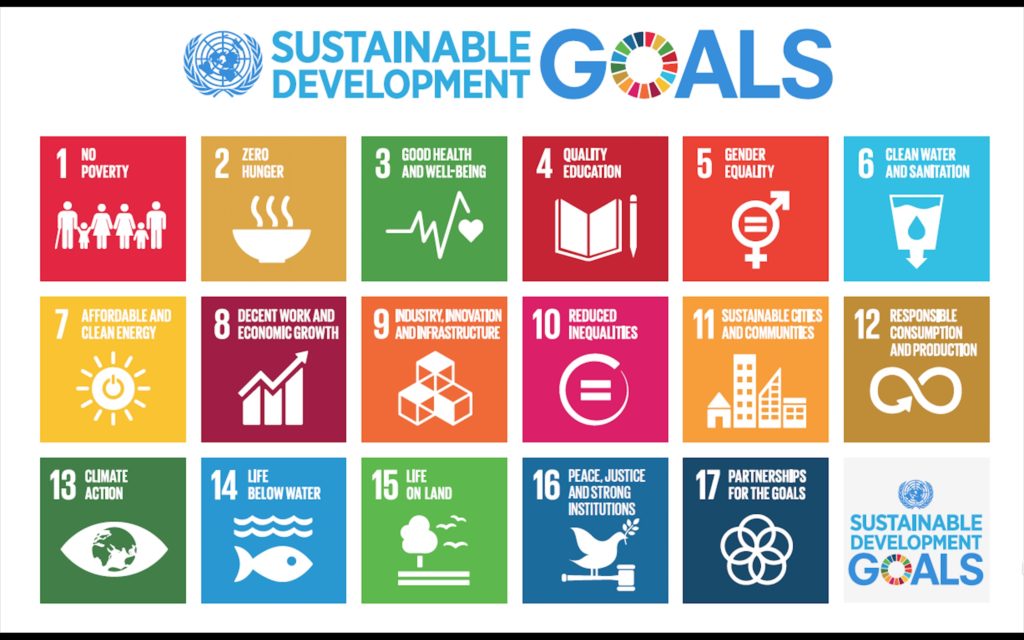 The frontline communities spearheading the Climate Justice movement speak earnestly about the enormous opportunity for the world to come together and cooperate to build a more equitable, regenerative future. By 2050, billions of people can gain access to clean air, clean water, green energy, healthy food, affordable health care, and green jobs at living wages. The National Economic Education Delegation estimates climate action investment at around 1-4% of the world’s GDP by 2030 — five to ten times less than the [economic] cost of inaction.

Instead of asking, “what terrible consequences can we try to avoid in some distant future?”, let’s get excited imagining: “what progress can we achieve, soon?” Bioneers left us feeling confident that with movement solidarity and Earth’s resilient spirit, we have the capacity to restore our planet in one generation. Indeed, we are on our way.

Anna Michel is the first Climate Projects Manager at ClimateChangesEverything.org. A recent UC Berkeley graduate, she is a trained climate communicator with nearly a decade of public engagement experience in the environmental movement. Through storytelling and network-building, she aims to spread the energizing message of game-changer solutions to restore our climate, for a world where all can thrive.

Felix Kramer is an ex-entrepreneur and a full-time volunteer on awareness and solutions to our climate crisis. He founded ClimateChangesEverything.org to tell the stories of people whose goals are to reverse global warming and restore our climate, and how they learn, talk, and act about climate change.