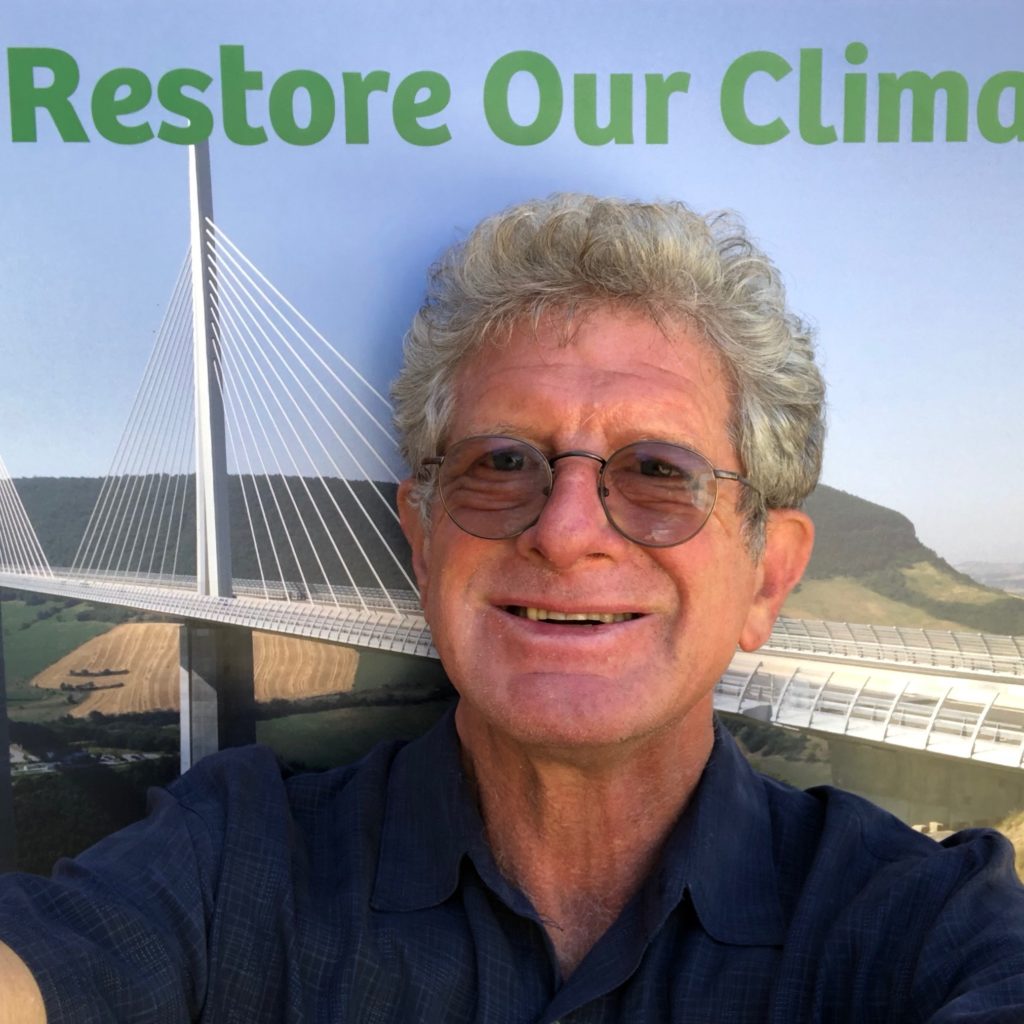 On July 19, 2018, I woke up and I said to my wife Rochelle, “For the first time since I started paying attention to climate change, I’m thinking: Maybe we’re not doomed!”

Now I’m more hopeful about our global future than I’ve felt in 15 years. My emotional migration began at COP21 in Paris. It really accelerated after April 18, 2017, when I read the Drawdown book, and registered its earth-shaking subtitle: How to Reverse Global Warming.


Ater that, it took me a long time to move from an intellectual understanding to an emotional state with a new starting point: Once we humans decide to act, we can heroically go far beyond avoiding or slowing the worst consequences of climate change. That led to my lightbulb moment.


Everyone who wants to work to restore our climate their goal knows the Paris Climate Agreement’s 2°C goal (aspiring for 1.5°) isn’t enough to protect us. We all still wake up every day somewhere on a spectrum between hope and despair. (I said maybe we’re doomed.) We’re energized and happier as we make climate restoration our goal — to restore the quality of our air and water to pre-industrial levels. That could enable us, as the Healthy Climate Alliance says, “to give our children a climate as healthy as our grandparents gave us.”

Now I’m having fun comparing notes with people. I’m a fit and healthy 69-year old enjoying my energetic life of advocacy and fun. Some climate restoration advocates in their twenties say they never felt doomed. But the more we become aware that we can actually — dare I say it — “fix our climate,” the better we each feel.

For more about what I’m up to personally, head over  my Climate Story. It’s a prototype for how we plan to share more stories of peoples’ lightbulb moments. 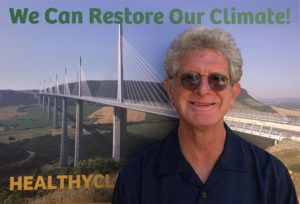 And that poster? Ever since I saw the Millau Viaduct I’ve been haunted by this image of a beautiful, soaring human creation spanning a valley in Southern France. Can Climate Restoration engineer carefully and imaginatively, designing for the needs of human and nature? Architect Norman Foster got it right! (And yes, it looks a lot like the Eastern Span of the San Francisco-Oakland Bay Bridge.)

At the September 8 Rise Up for Climate March in San Francisco, I told my “Maybe we’re not doomed” story to an artist from Sketching Climate Stories. Here’s how she saw me. 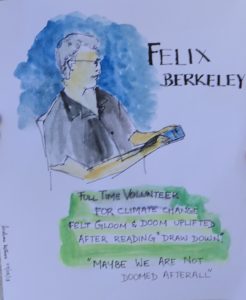