Can it be I’m feeling effective and hopeful about climate these days? 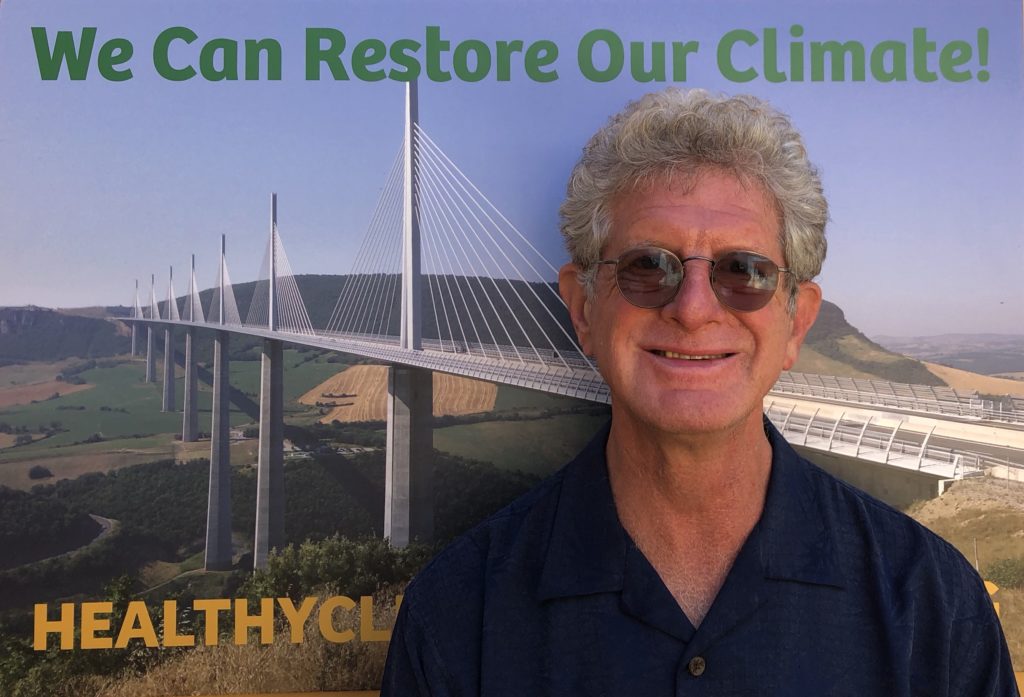 I’m having loads of fun telling people how my outlook on climate has been transformed by learning about and starting to work on “Climate Restoration.”

What does climate change mean for me today?

I’m emerging from a dark climate decade. I first wrote about what it would take to wake up on climate 13 years ago. In 2010, after leading the successful campaign to get automakers to mass-produce plug-in hybrid cars, I switched full-time into climate awareness writing and solutions. I increasingly felt depressed, isolated, ineffective and bitter, both about my ability to have an impact and our prospects.

My outlook improved in 2015 as I worked on team projects around COP21. It took off as I devoured the solutions and game plans from the Drawdown Project to actually reverse global warming.

I began to see our 2°C and 1.5°C climate scenarios as just settling: avoiding the worst or slowing our path to catastrophe. While these strategies are appropriately urgent, they no longer motivate me.

It took a while for what now inspires me to sink in: We already know how to feasibly and safely restore the quality of our air to pre-industrial levels and to return life to vast ocean deserts.

I became energized by the solutions we can deploy. We humans can decide to step up and do the right thing for ourselves, every living being and our miraculous world.

WHERE I AM IN MID-2018: I’ve allowed myself to imagine getting the climate future I really want. The result? I’m energized by the hopeful goal of a healthy climate. I know it’s insanely ambitious to hope an awakened world will unite to save itself. But I’ll risk betting we can act soon enough; I’ll aim for that!

So now I’m collaborating to build global commitments for five big strategies:
1. Get off fossil fuels ASAP.
2. Price carbon.
3. Draw down carbon to reverse global warming.
4. Restore our air and water to their pre-industrial quality.
5. And while we build support for all that, rebuild Arctic ice by 2030.

I often meet activists and leaders who expect to respond to the climate crisis for the rest of their lives. Most of them focus only on the first two strategies. I introduce them to “climate restoration” and invite them to commit to make that our common goal. And figure out what to do, first strategically, then with technical choices. It will take many streams of awareness and action to get there. We will join existing efforts and create new ones.

I’d love to tell you about the initiatives I’m most excited about. The most ambitious and potentially significant one is “UltraWealth for Climate Health.”

Hope that inspires action can be a powerful force! I invite you to start exploring climate restoration at HealthyClimateAlliance.org, where I’m a strategic advisor.  I’d like to hear what you think. Please get in touch.