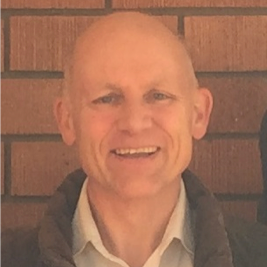 In 2007, I was working for the Australian Agency for International Development on forests and climate. In researching the most effective ways to remove carbon from the air, I read papers on how algae increases its biomass many times faster than trees. That led me to study the potential for large scale ocean-based algae production to become the most efficient way to reverse climate change. Since then I have been developing ideas for how best to grow algae at sea as a climate restoration strategy.

Organizations, projects, and companies I work with & support

I studied philosophy at Macquarie University in the 1980s (BA Honours, MA Honours degrees). My global perspective began with concerns about world peace in the Reagan era. Over time I came to see climate change as the primary existential risk facing humanity.

Picking up these themes in my philosophy studies, I explored interlinked paradigm shifts in science and spirituality that are needed to achieve a sustainable planetary trajectory, how a change of thinking is needed. In this light, my Masters Thesis in ethics focused on care as the meaning of being in the world, looking at philosophical ideas for a new paradigm.

My interest in ethics has focused on the big picture of philosophy, theology, international development and science, trying to understand how culture can adapt to the immense psychological and economic changes of modernity, and to understand the underlying drivers of change. These intellectual themes around cultural evolution have remained central for me as a basis for a coherent strategic vision.

Most recently I have pursued such ideas through presentation of papers to the Canberra Jung Society, seeing how psychology can inform a rational spirituality. Some of my papers on this theme are at my blog. My main engagement for discussion on these topics, linking literature, politics, science and spirituality, is at the discussion forum booktalk.org.

I have a longstanding interest in Christian theology and am a practicing Christian, from a rationalist scientific perspective. While preferring an engaged existential openness over literal belief, I see many themes in Christian theology as of immense value in coming to grips with climate change, and would like to see debate on religion and identity expanded, especially in view of the apocalyptic context of climate change.

I worked from 1989 to 2017 for the Australian Agency for International Development, firstly with Papua New Guinea and then managing a range of sector programs such as climate, infrastructure, agriculture, water, business, financial services and mining. This broad engagement in overseas aid helped give me a strong interdisciplinary framework and understanding of government and diplomacy.

Working in international development shifted my perspective from my early left-wing assumptions about how to reduce poverty, fix the environment and create peace. Reading in the work place and for my Graduate Diploma in Foreign Affairs, especially in economics and political science, gave me respect and understanding for capitalism as a basis for development, through the recognition that a well-regulated private sector is central to increasing freedom, abundance and security for all.

Visiting both North Korea and South Korea in July 1989 for the World Student Christian Federation converted me to a generally conservative economic view, suspicious of involvement of the state in the market and seeking a pragmatic approach to change. I now see the combination of conservative politics with practical strategies to restore the climate as offering the best hope to draw in the investment, skills and political support needed to stop global warming.

Alongside my government work, from 2004 to 2009 I worked privately on a proposal to transport fresh water through the ocean in fabric waterbags. This led me to the futuristic view, on the lines of the NASA OMEGA project, that industrial production of algae on 1% of the world ocean could solve global warming. I set out these ideas on my website, rtulip.net, sketching inventions for algae production. In 2015, I won a Climate CoLab Competition at MIT with my proposal for tidal pumping, as a component of an algae production system. The eventual idea is that sources of CO2such as coal fired power stations could ship their emissions to sea, where enclosed algae farms could convert the harmful CO2 into useful commodities – fuel, food, feed, fish, forests, fertilizer and fabric.

These futuristic concepts see the world ocean as the great new frontier for humanity, the main source of the energy, resources and space to enable climate restoration, but are a long way from practical testing and may prove unrealistic. The only way to assess such a vision is to find a practical starting point, through robust scientific ideas that support the basic idea of growing algae at sea at global scale.  This approach led me first to discussions on ocean forests, and then to support the ideas of Franz Dietrich Oeste to mimic how mother nature cooled the planet in the ice ages by growing plankton with iron-rich dust – the iron salt aerosol method.

I am now working with Franz and other colleagues Renaud de Richter and John Macdonald to seek support for a field trial of iron salt aerosol, as explained at our ISA website. I see iron salt aerosol as potentially transformative for climate restoration, operating at scale and cost that are highly attractive, with numerous co-benefits for economy and ecology, but most importantly in shifting political thinking about the global role of the ocean. So far iron salt aerosol only rests on theory. Its safety and efficacy must be proved through scientific field trials. Discussions with the Healthy Climate Alliance are of great benefit in clarifying the strategic vision and finding supporters.

I read most regularly the Google Groups for Healthy Climate Alliance, Carbon Dioxide Removal and Geoengineering. I also follow climate discussions at Scientific American and The Australian.

I am a constant reader across many fields, including science, philosophy, religion, politics, literature and history. Authors who have most influenced me include Carl Jung, Martin Heidegger, Elaine Pagels, Tim Flannery, Friedrich Hayek, Richard Dawkins, Carlos Castaneda and Alexander Solzhenitsyn.